For a major developer, the Sokol Group, the architectural bureau of Anastasia Kasparyan created the project of interior design for a premiere apart-hotel located in the very center of Sochi’s resort life alongside such hotels as Pullman, Hyatt Regency, and Marins Park Hotel.

Goals: To create the project design for a premiere apart-hotel, emphasizing a connection between the general concept of the complex with the work of the artist Henri Matisse.

Solution: In designing the lobby’s interior, we introduced motifs characteristic of Matisse’s works. Thus the waves that often appeared on the artist’s canvases adorn the frieze and are the main motif of the marble floor mosaic. The deep blue color fairly often found in the master’s works makes the black and white marble pattern more prominent. In decorating the reception area, we selected imagery from one of Matisse’s most famous paintings – Blue Nude. 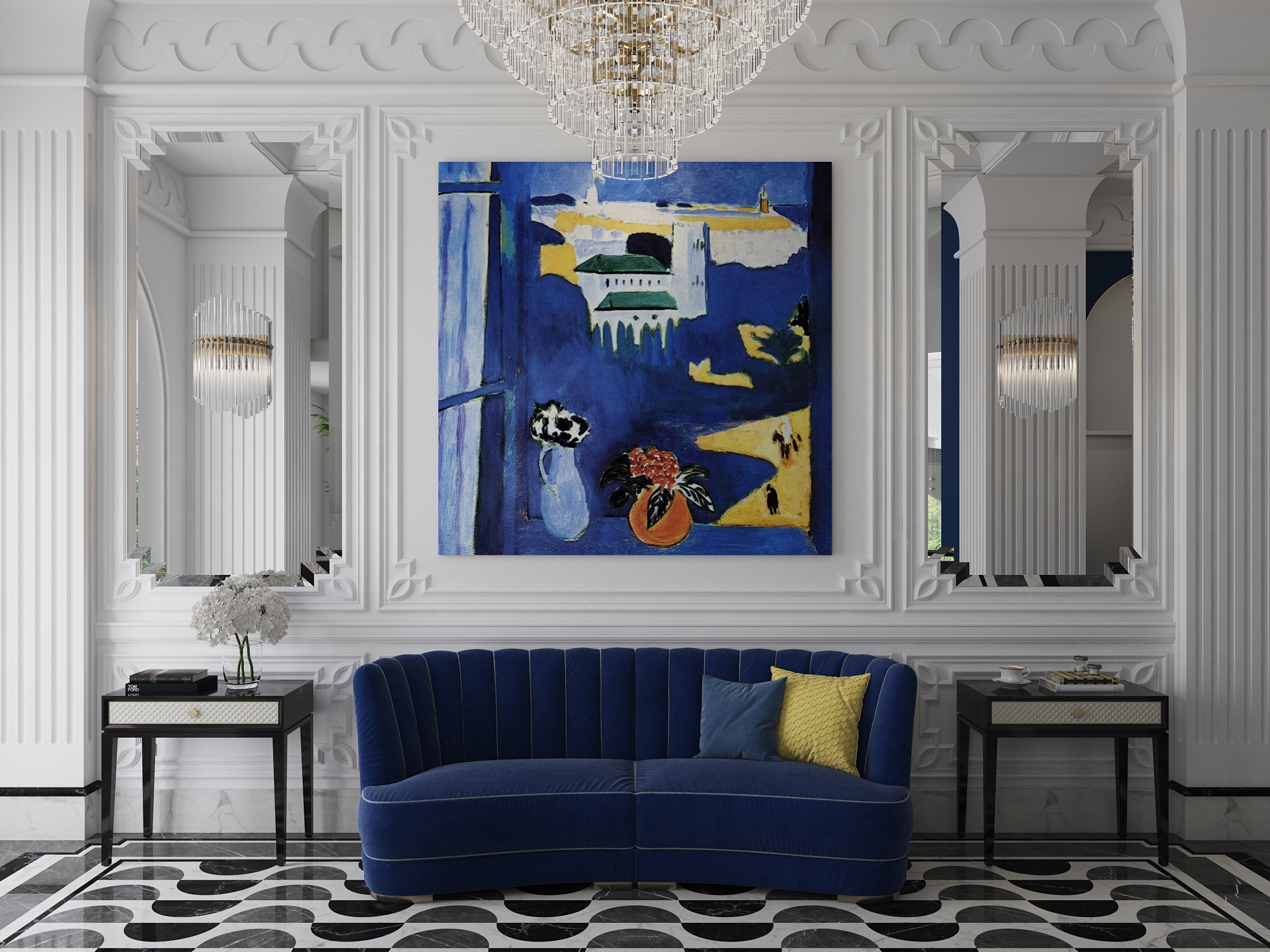 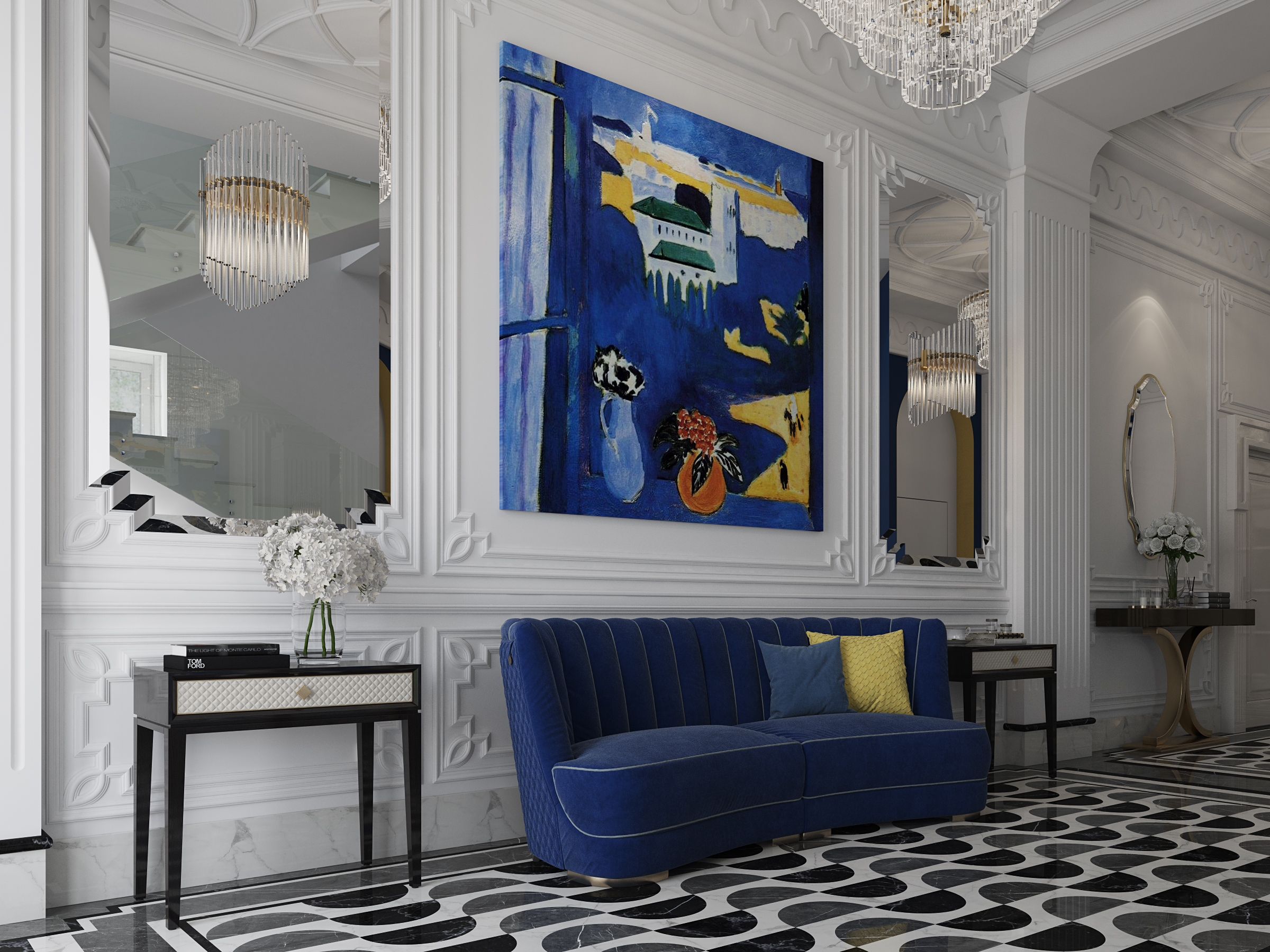 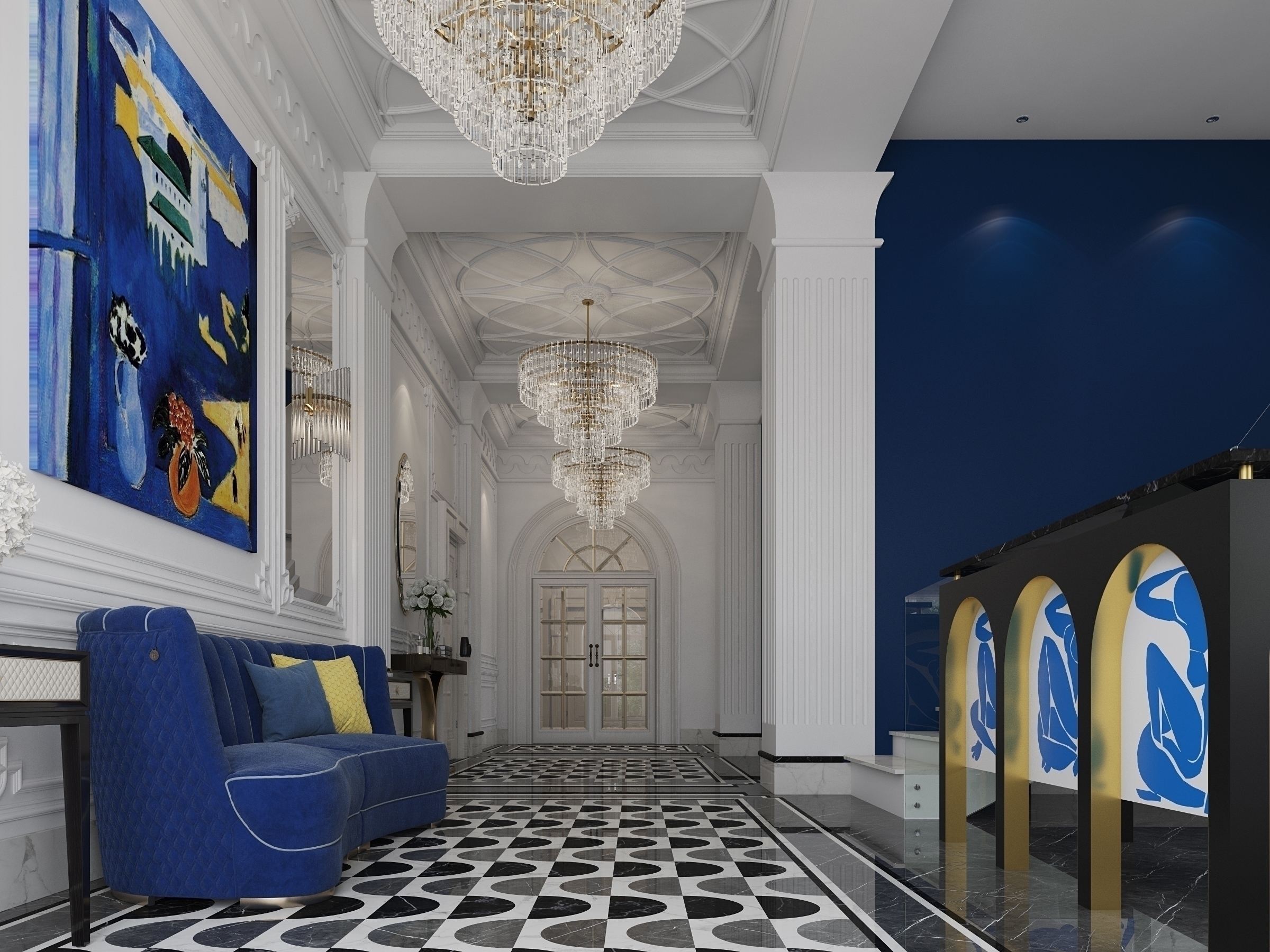 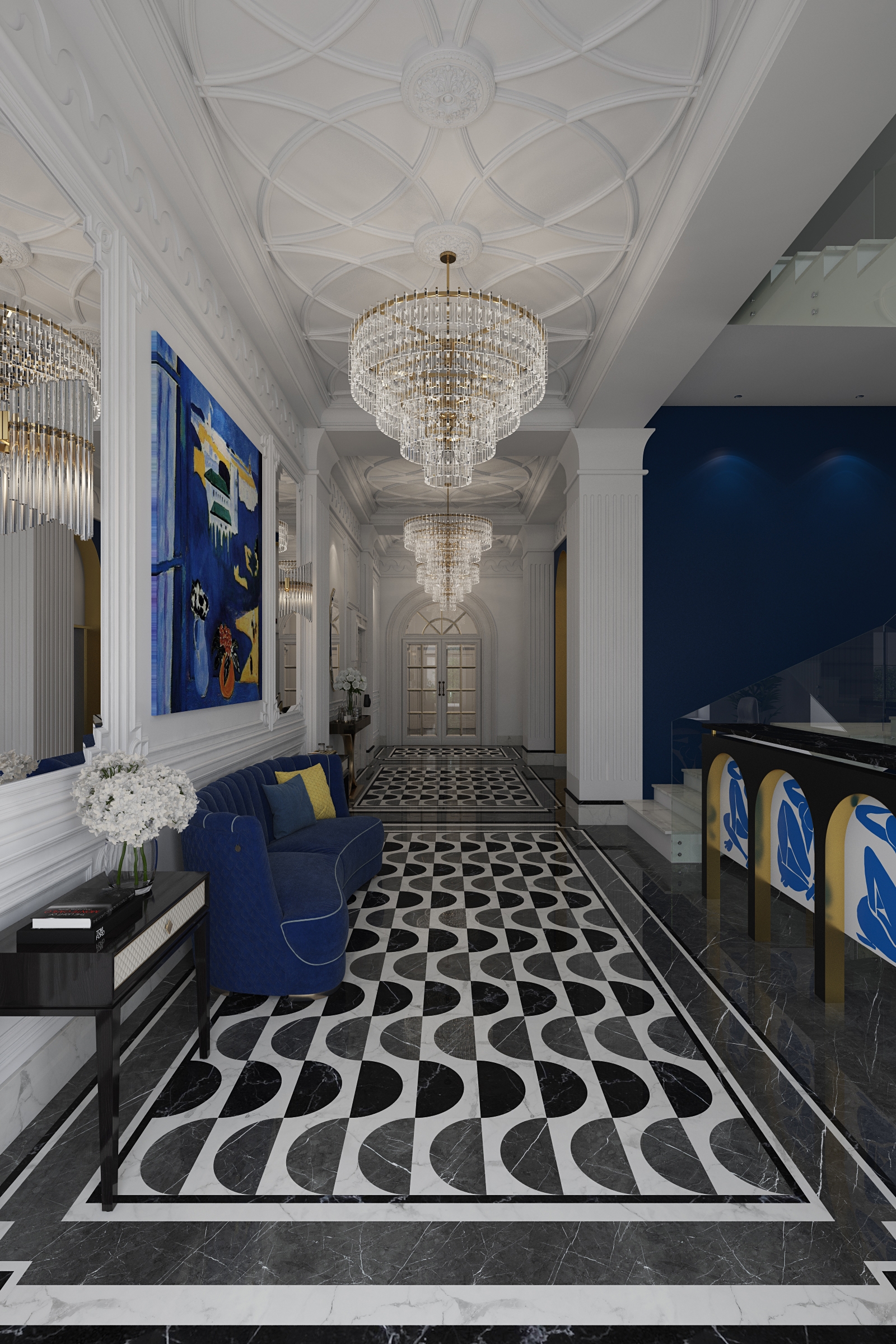 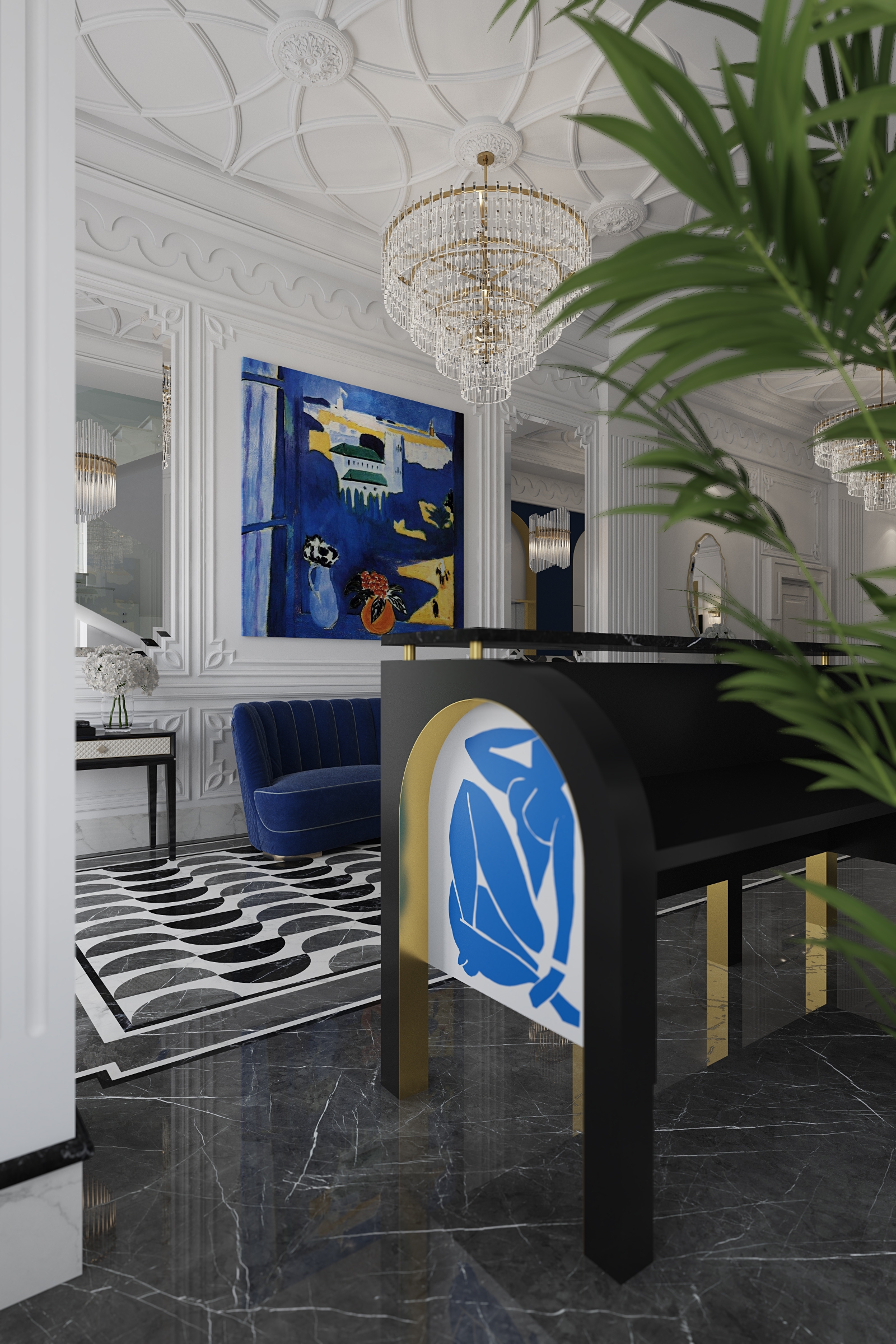 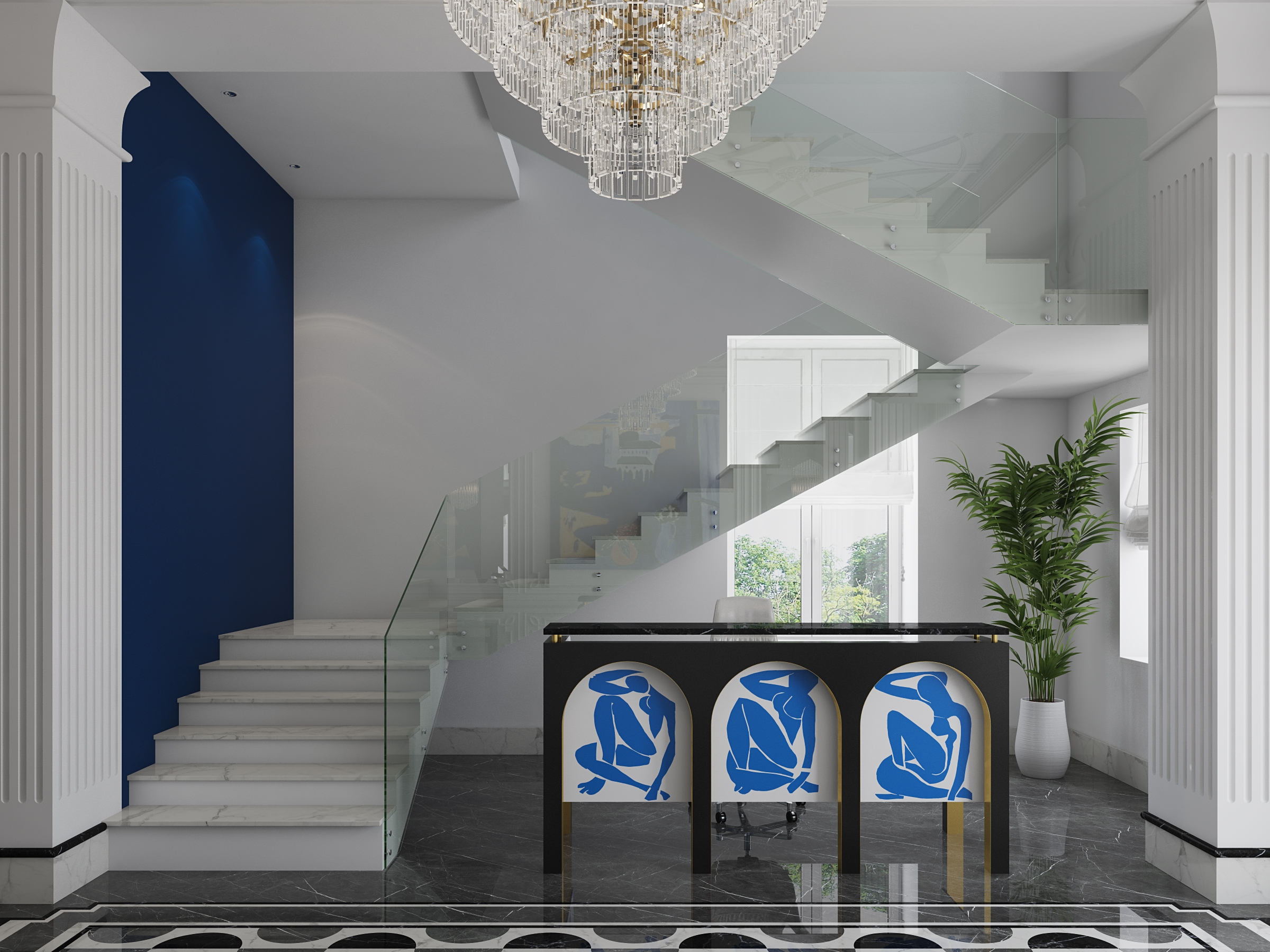 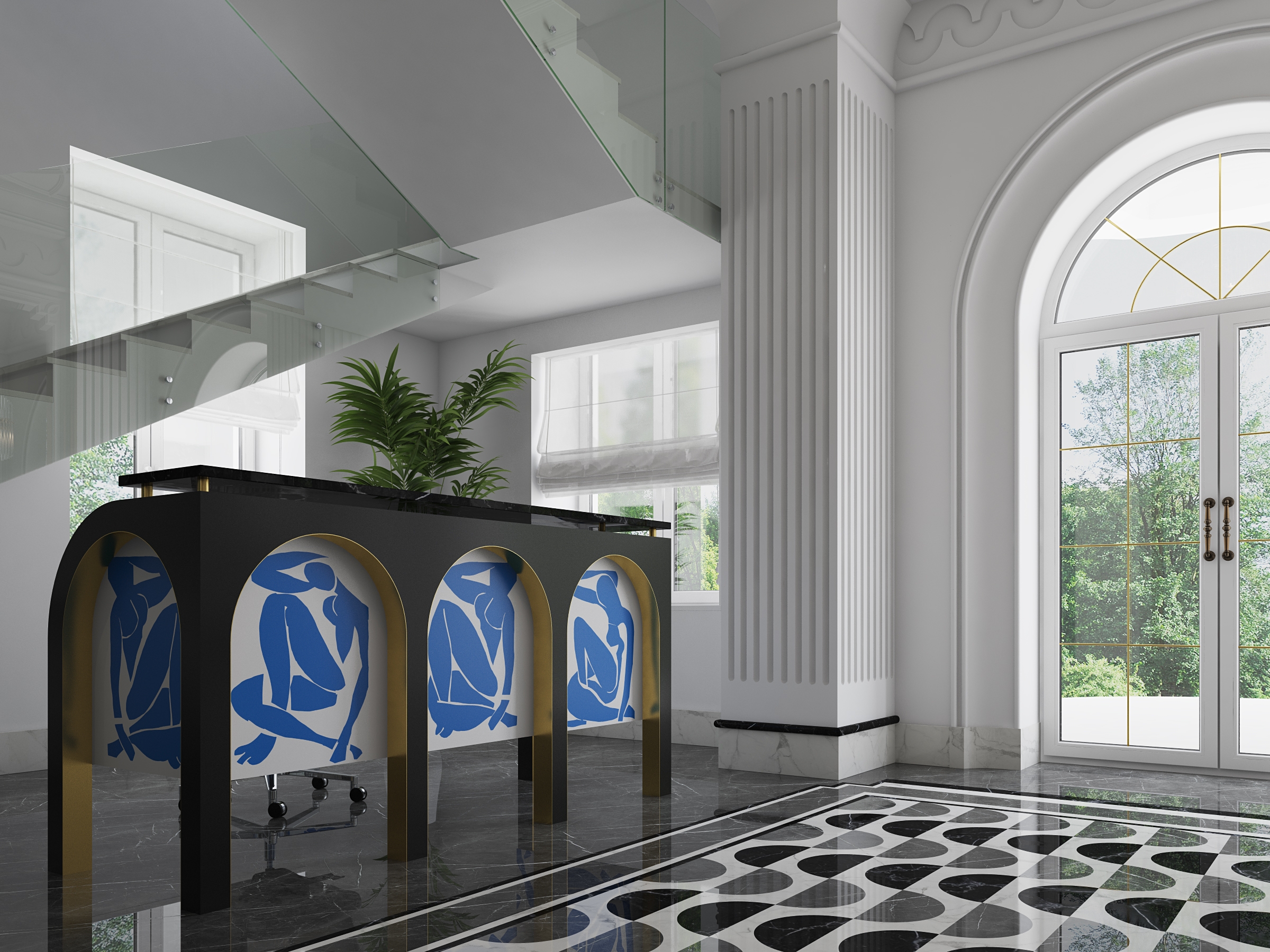 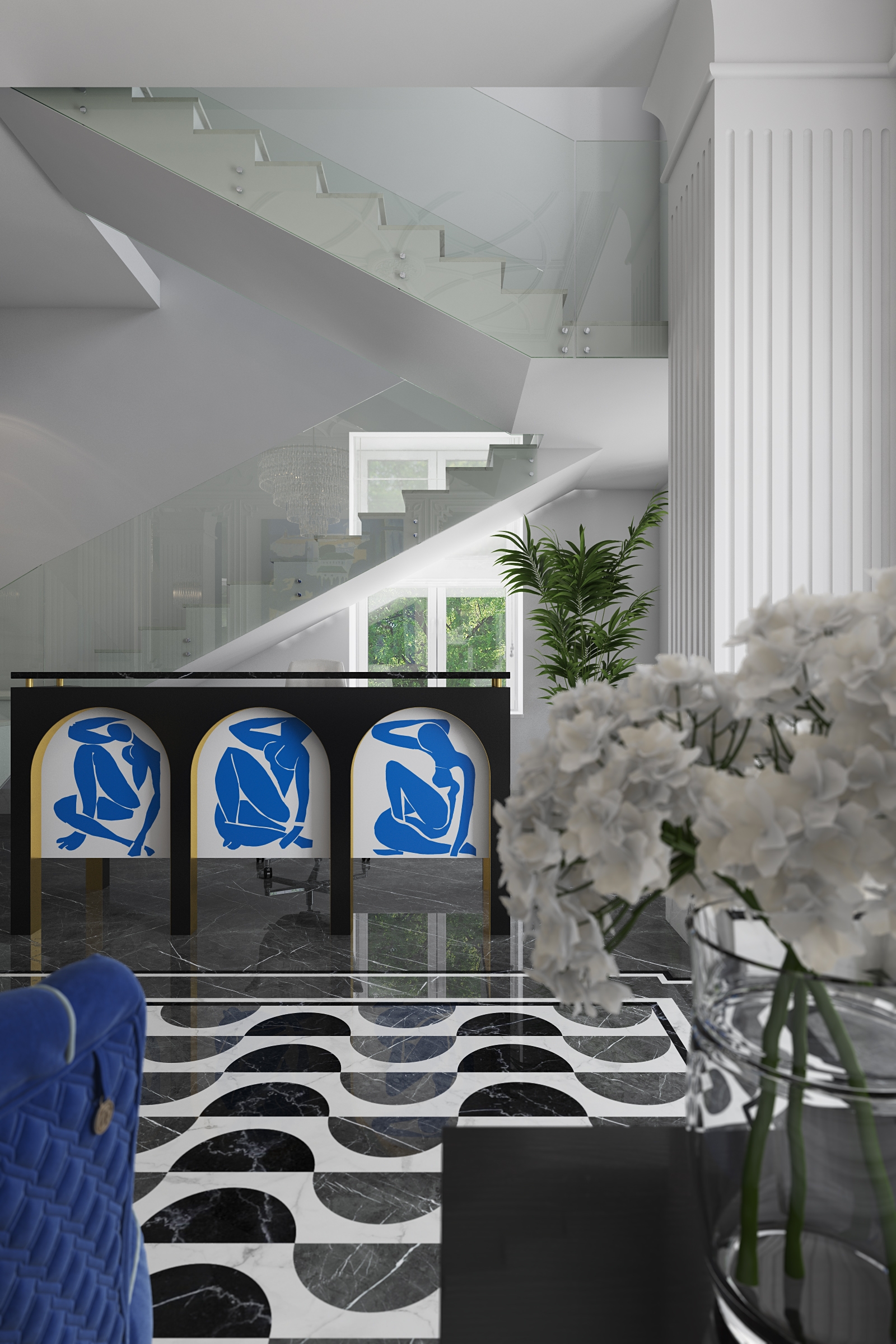 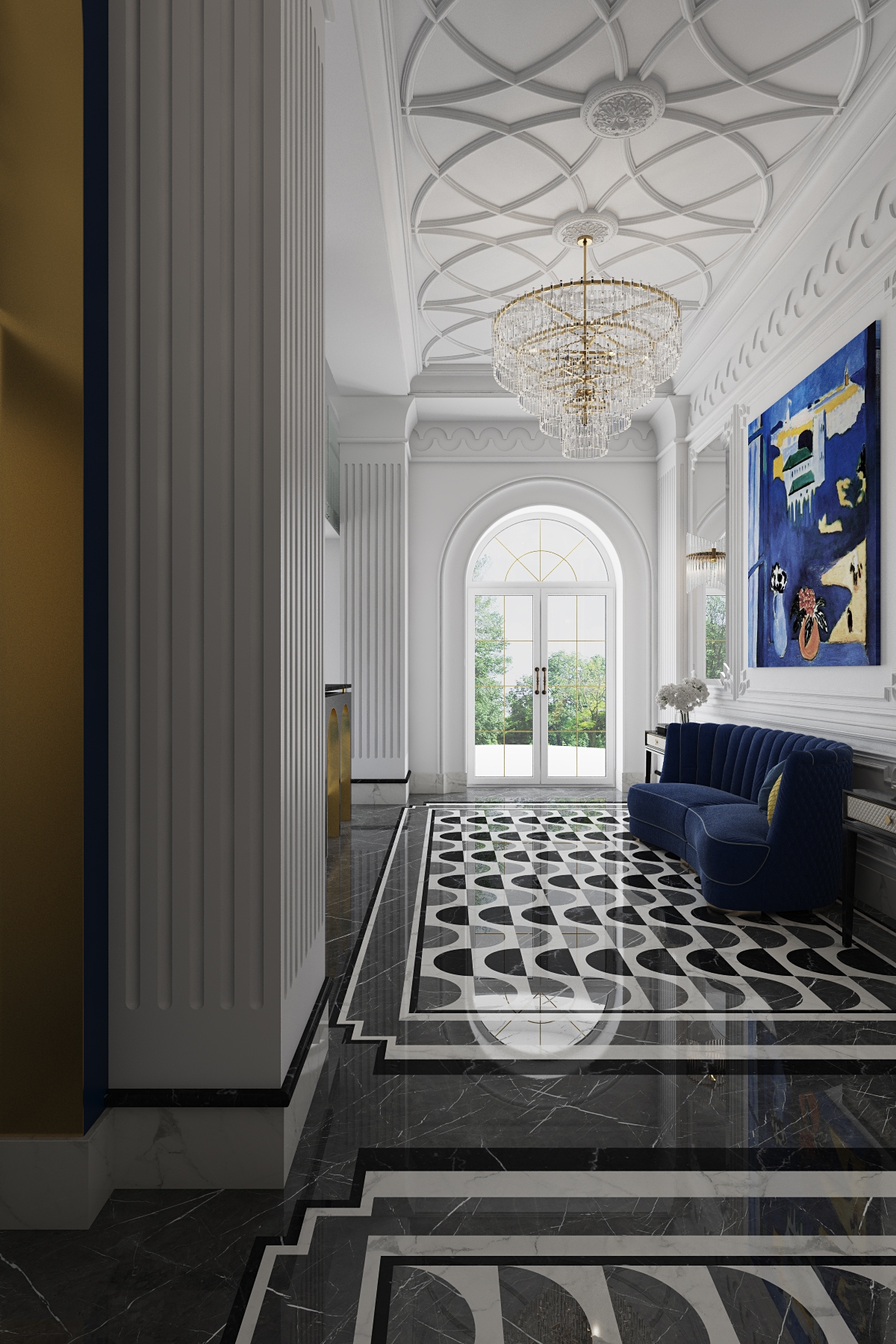 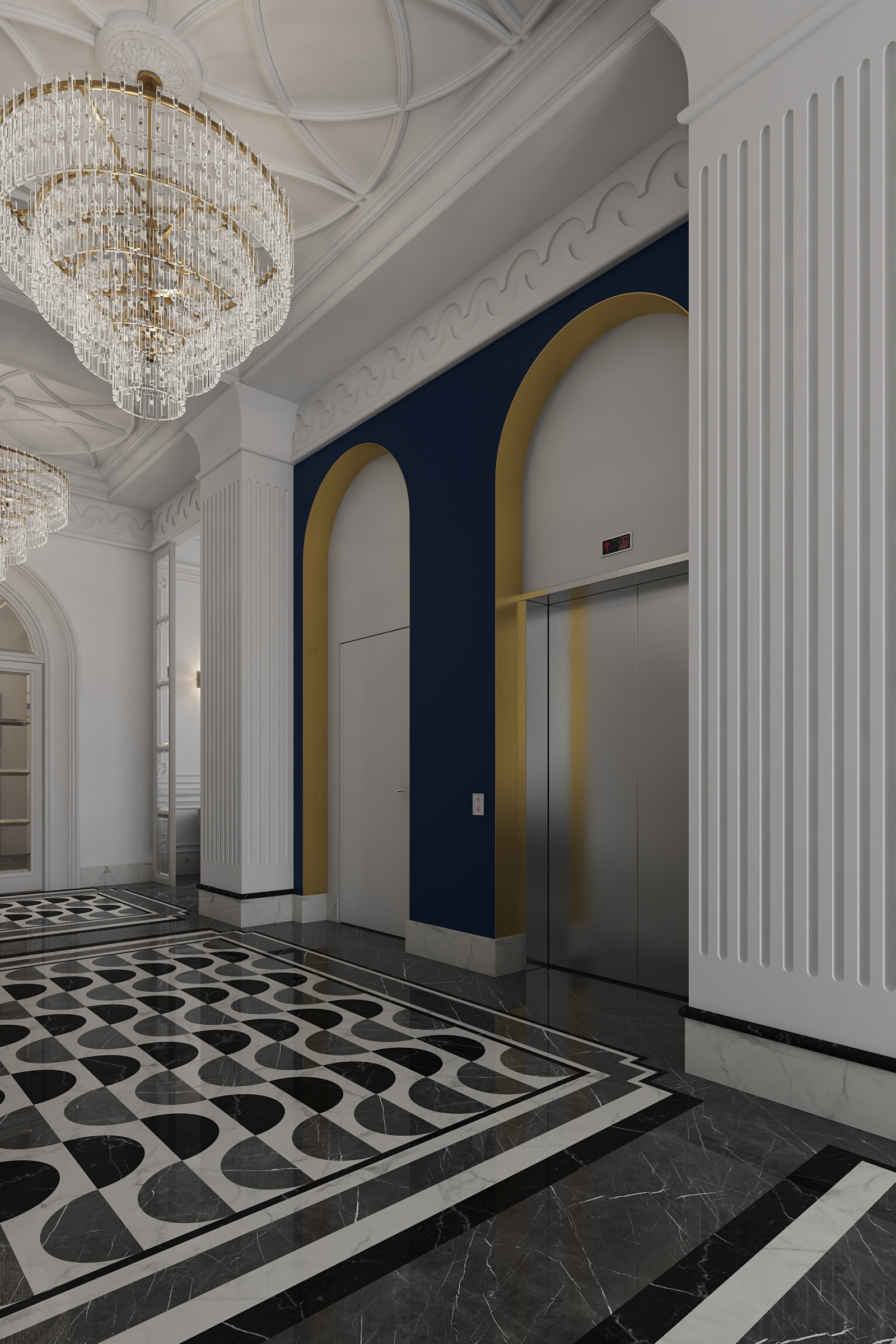 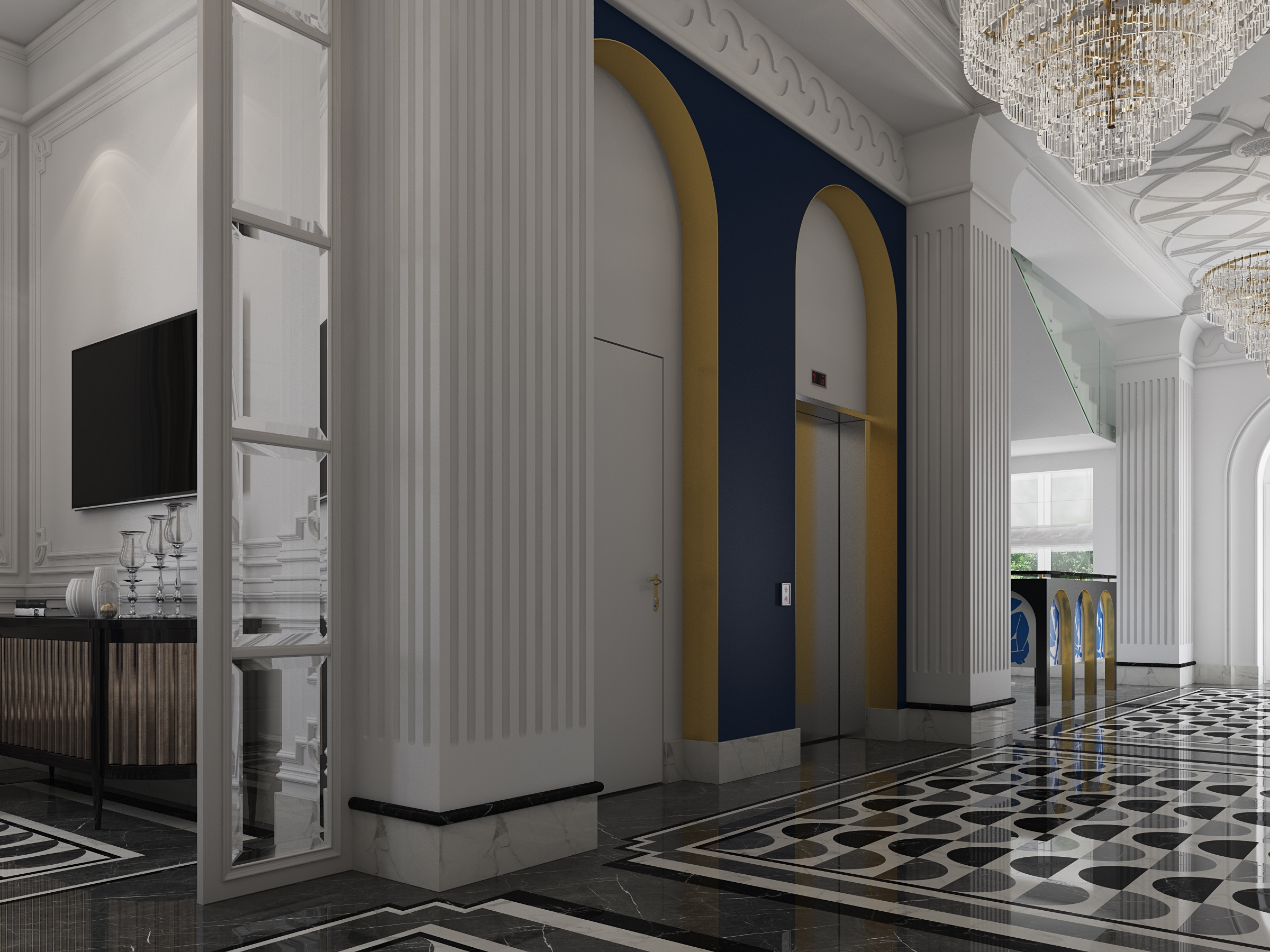 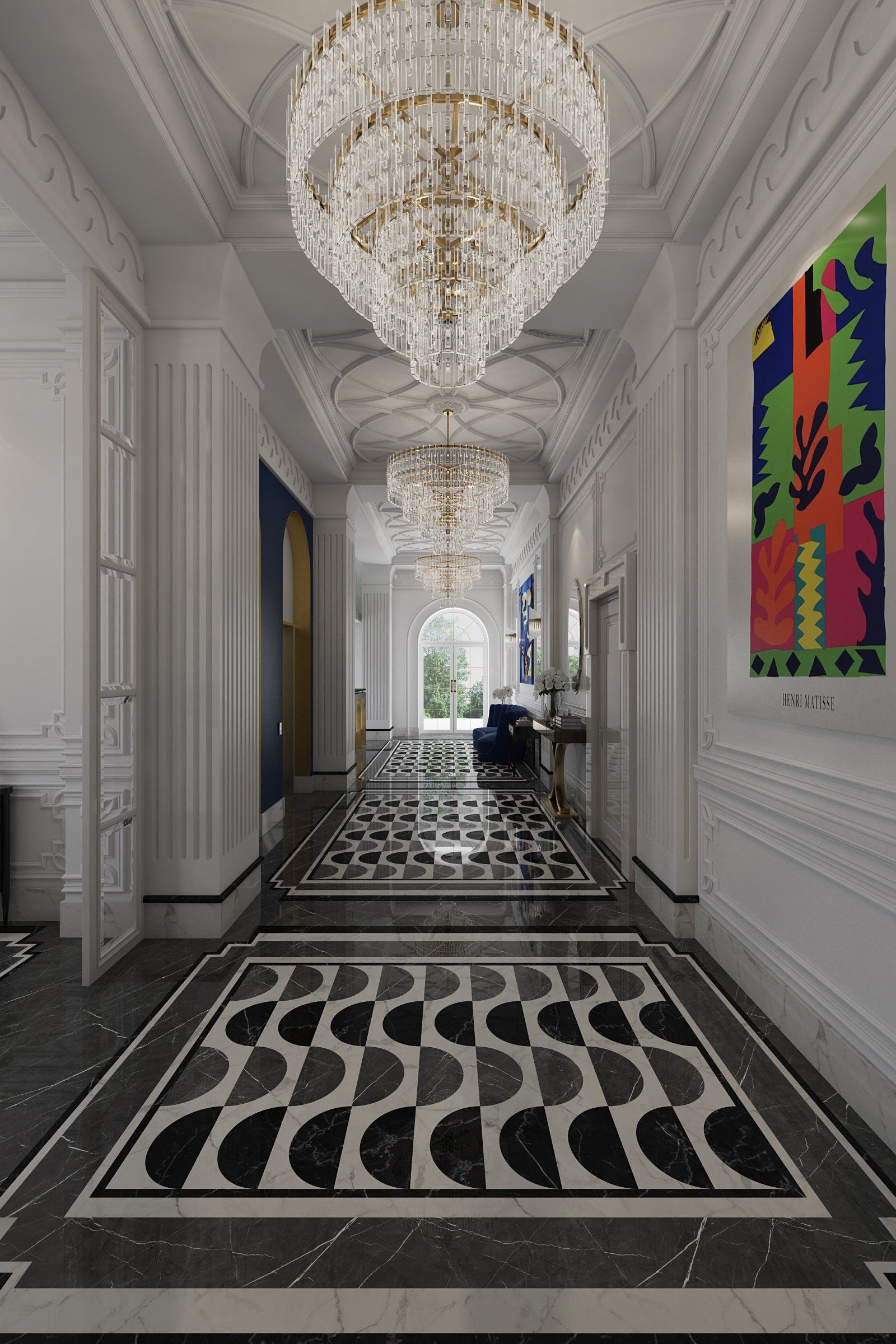 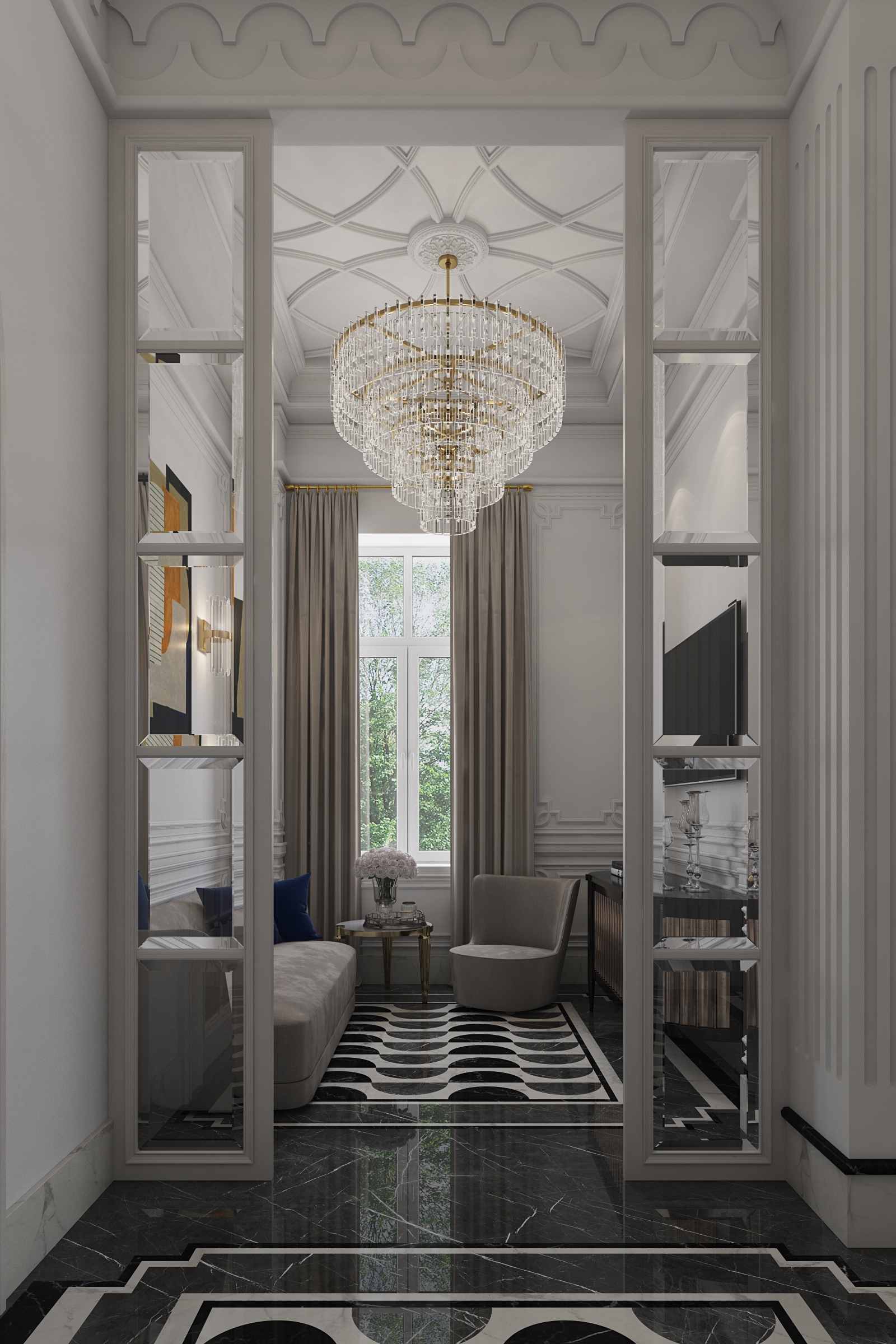 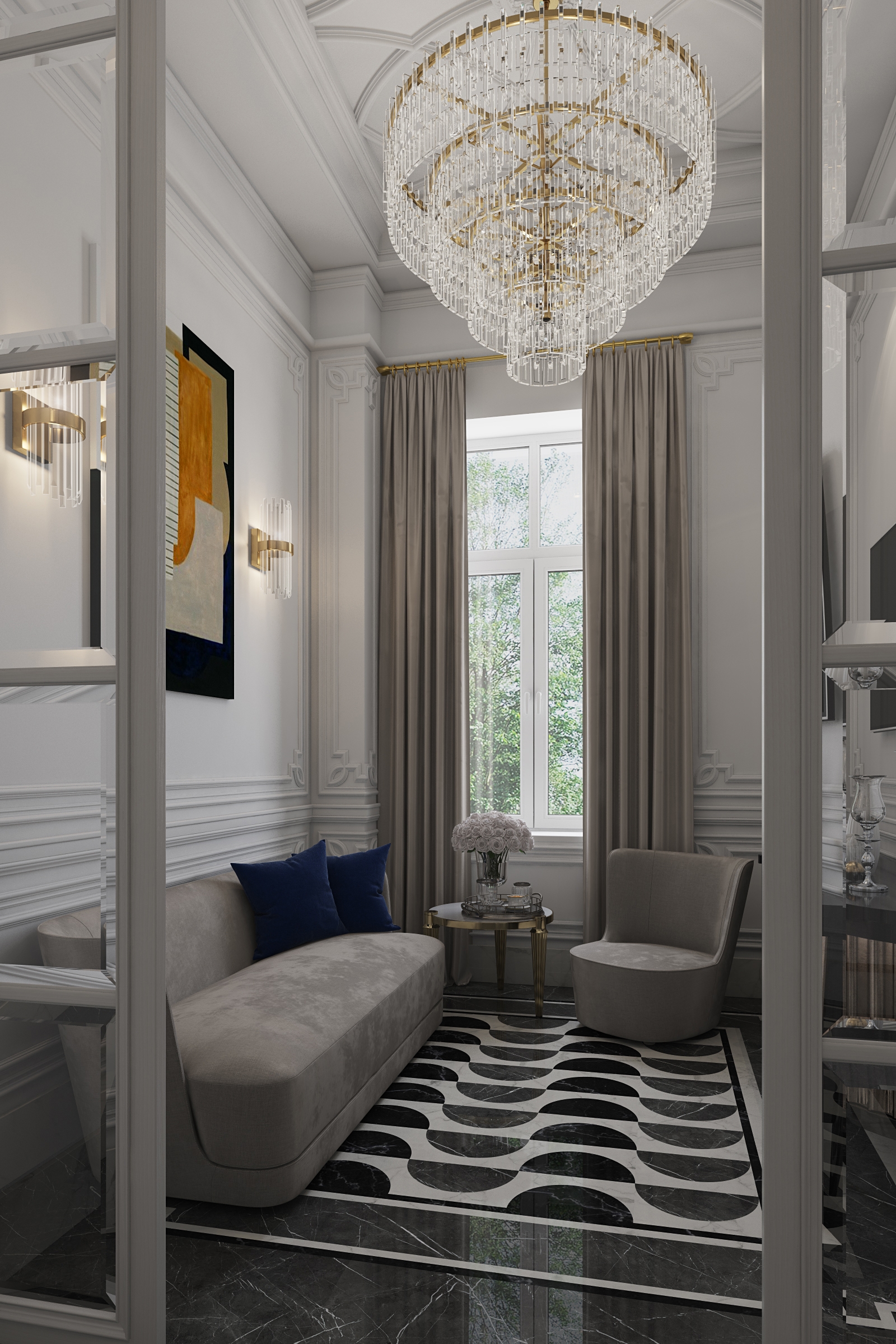 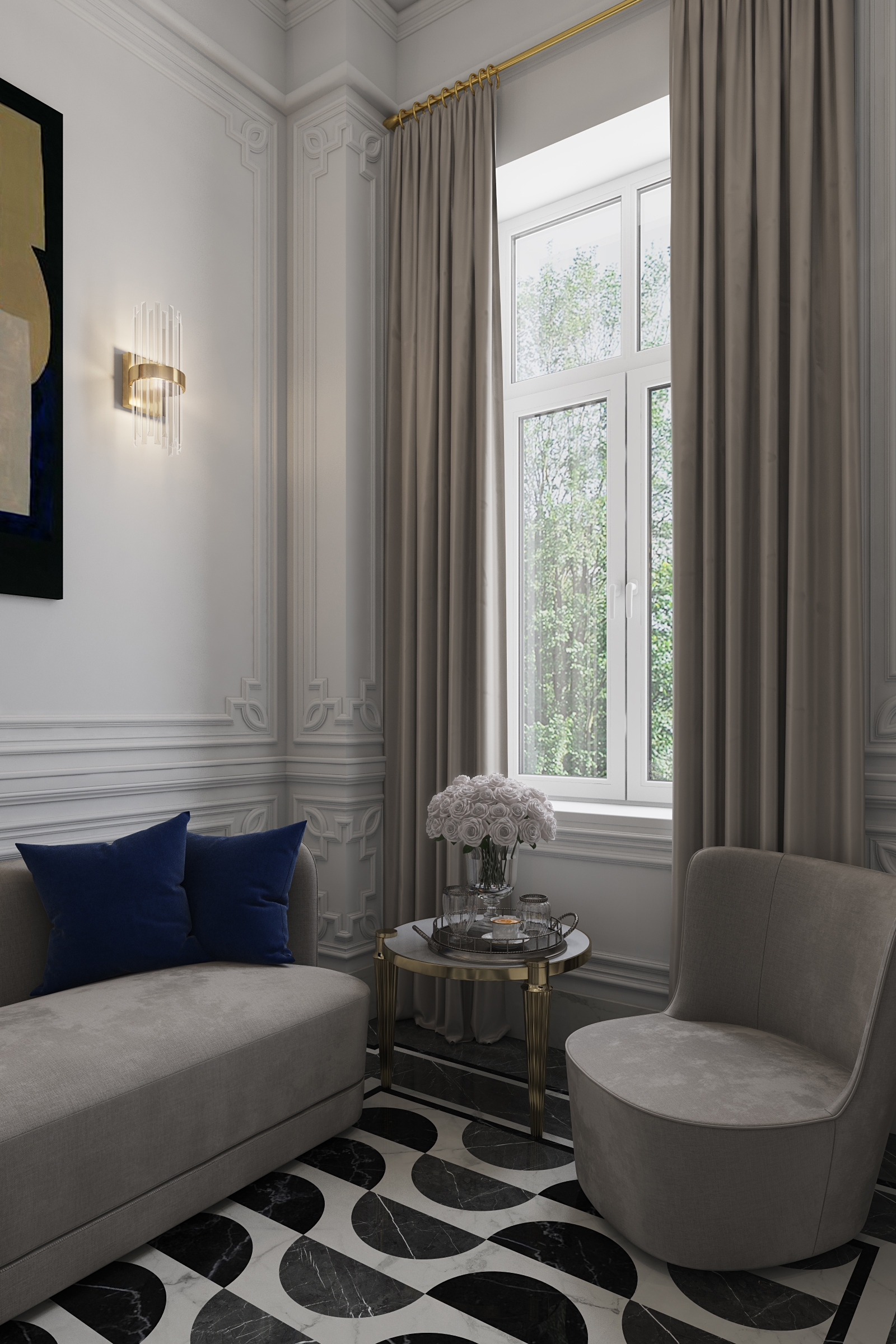 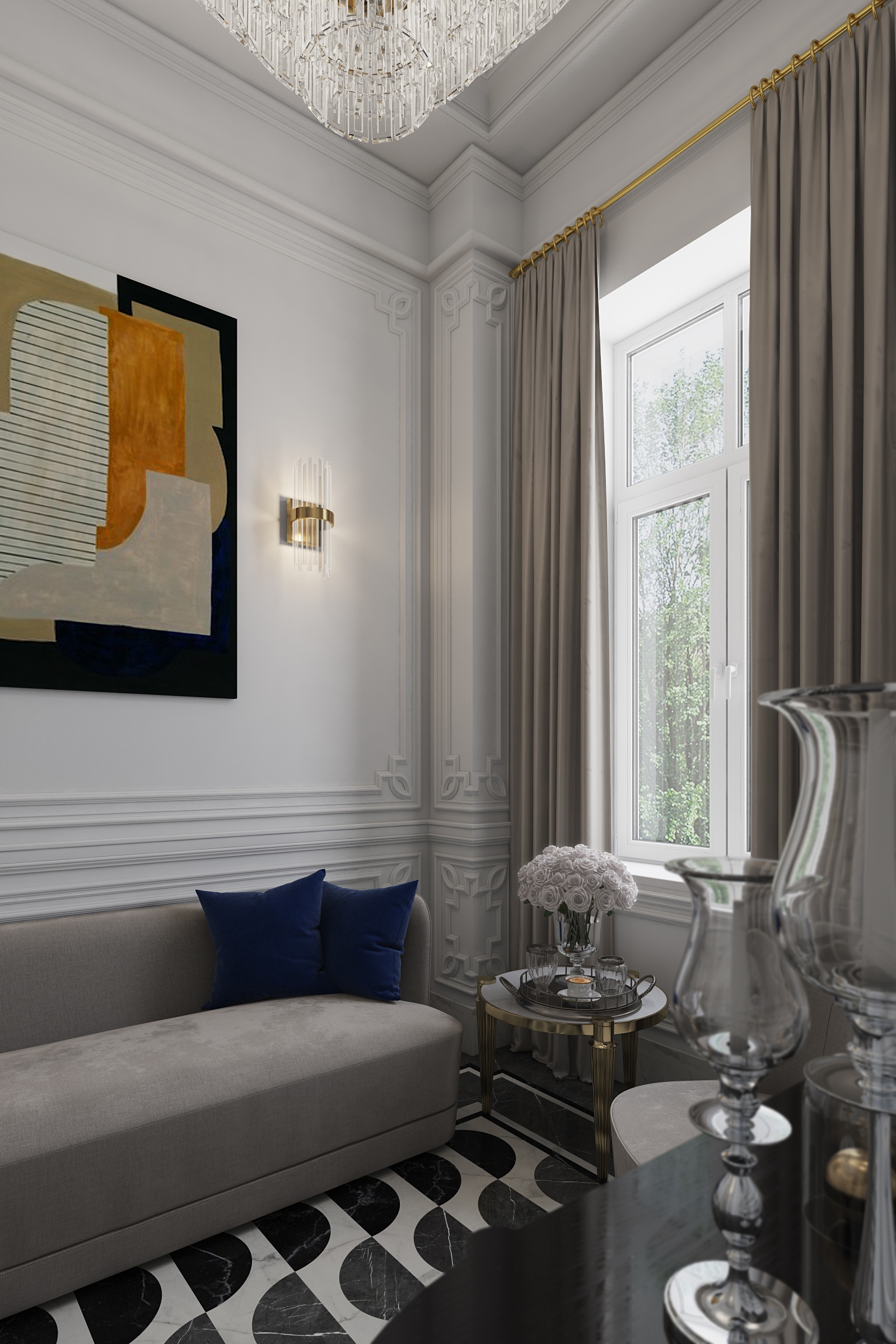 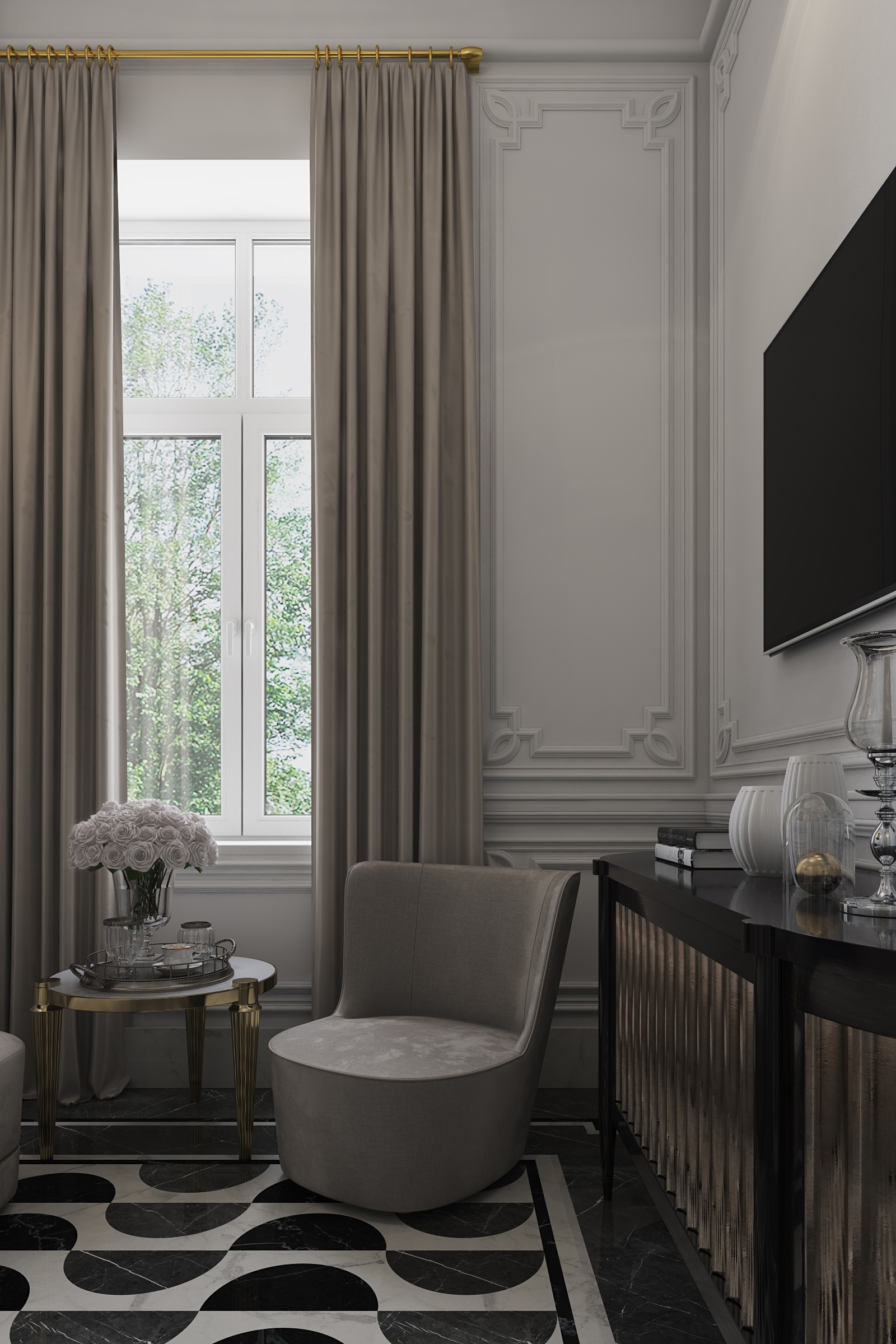 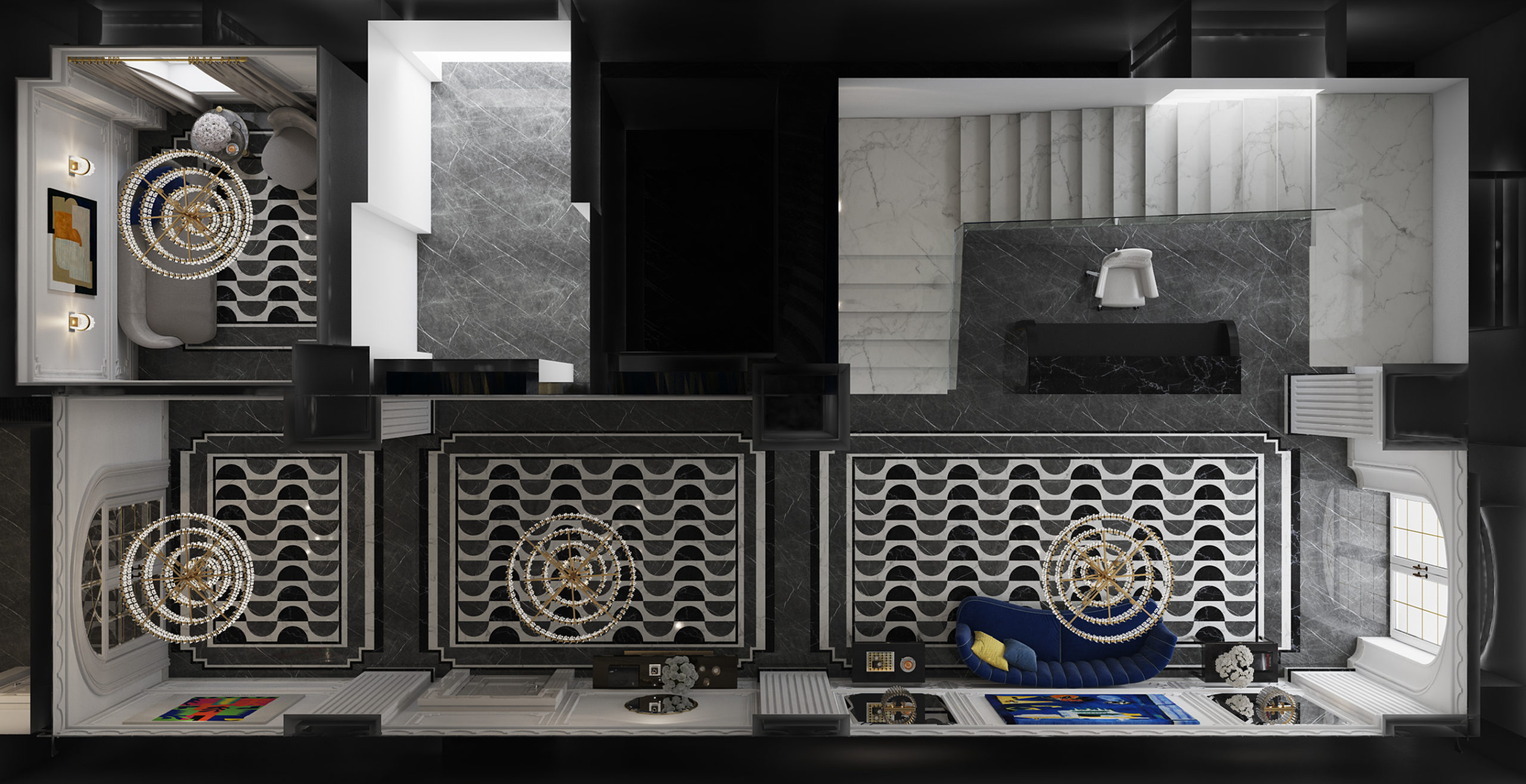 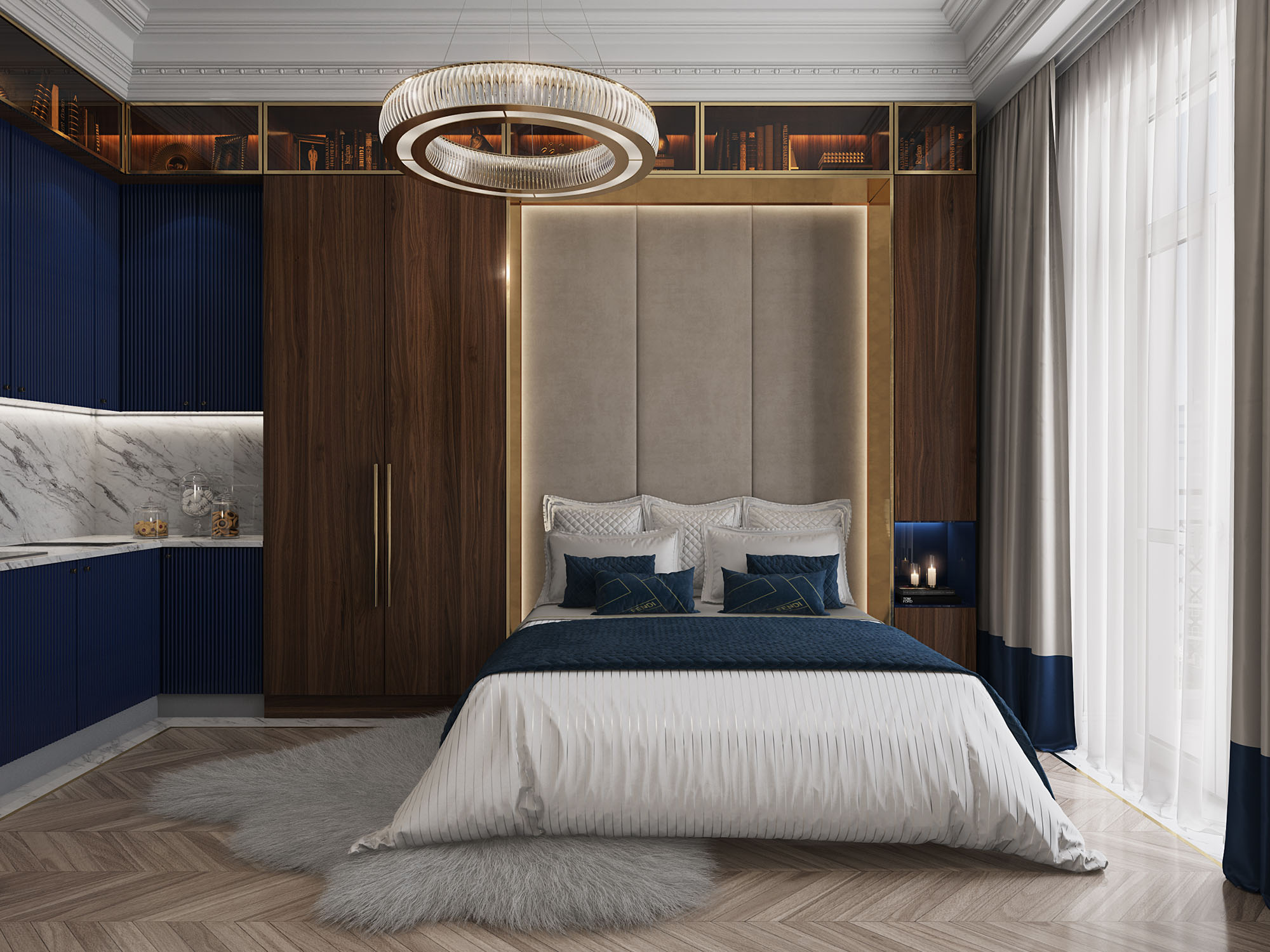